Oona is a gentle, quietly spoken lady in her early 50s, who lives in a neat, comfortable unit with a beautiful rose bush in a pot out the front.

She gets on well with her neighbours and enjoys the sounds of children playing at the primary school down the street. She is studying to be a counsellor and seems very at peace. ‘I always wanted to help vulnerable people become their best selves,’ she says. But just over two years ago, when Oona first came to Servants, she was in a very vulnerable place herself: physically, mentally and emotionally drained by her circumstances, she had lost her sense of self, and purpose in life.

Oona was once an Officer with the Salvation Army in QLD and NSW. She enjoyed the pastoral work, but left to raise a family and later moved to Melbourne. They were financially secure and owned a 4-bedbroom house in the leafy outer suburbs. However, about 5 years ago, Oona’s marriage broke down and she returned to Queensland to be with her mother and sisters. Six months later she was diagnosed with breast cancer and underwent surgery, followed by a year of chemotherapy and biological treatments. The treatment turned out to be incredibly traumatic, as Oona’s body reacted so strongly that her oncologist later said she was lucky to have survived. It turned out that an earlier bout of cancer as a young woman had damaged her pituitary and thyroid glands, leaving her body unable to cope with trauma and stress. This explained the years of exhaustion and inability to return to paid work she had suffered. 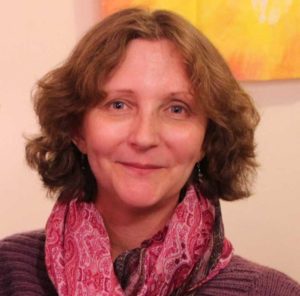 After treatment, Oona responded to her husband’s invitation to return to Melbourne to try and rebuild the marriage. However, when she arrived, her husband no longer wanted to reconcile and Oona was left without a home. For months she moved from bed and breakfast to house-sitting to boarding with friends. In the process she reconnected with her faith and church, but the stress of housing instability and her fragile health left her at the end of herself.  During this time she began seeing a counsellor who supported her through beginning to heal mentally and emotionally. The counsellor, Wendy, was a friend of Servants and took Oona to visit one of the houses. On that very day, one of the four rooms in the women’s wing became vacant and Oona received the first offer to move in. She was delighted to have a place of her own!

With Servants Oona found stability and independence. She describes Romana House as like a city, with safe, private rooms like little houses, corridors like streets and the dining area like a town square where the residents meet to eat and socialise. She formed a strong and continuing friendship with the lady ‘next door’, as well as getting on well with the male residents. ‘I grew up with older brothers, so I was fine with men around,’ she said and commented on how residents as well as management looked after each other when mental health crises arose. Servants gives people a chance, she says, and people respond with good behaviour out of gratitude and an understanding of the infrastructure Servants has set up to support and protect them.

Oona’s life has come together: she is now feeling healthy and whole. New medications have stabilized her physical and mental health, she is on amicable terms with her ex-husband and reconnecting with her children, and she has begun studying counselling again, for her own growth and to support others. Her experiences with Servants and her own difficulties have given her new insights and ease in interacting with people at the margins. After two years with Servants, Oona was ready to take the next step into a new home of her own.